She was born blind to parents who left her. Her hands though did more than that. She would feel a face and read it. People said she had visions of the future. When asked, she would say she only saw the past when she touched someone and there is nothing which truly shows what future hold for you. It did not happen in a flash though. She took days, sometimes weeks to respond to a person once she had the vision.
One day, her hands started shaking. The visions became black screen. Her eyes saw the world in all its glory and then she collapsed. 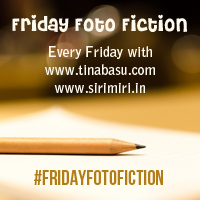 Because a weekend get away was the exact thing I n

My last 5⭐ read was the novel - #Guardian by Pri

#challengeaccepted Nominated by some of the most