Memories –
Some faded on corners
Others bright;
A green house
Ringing with love and laughter
With me;or without ?

===
This is a shadorma poetry written for Colleen’s Tuesday Tanka poetry prompt.

On paths we unknowingly walk,
shaping ways, says and cares
who we are,is never set in stone.

The story take turns and twists,
imprints of people we carry along
On paths we unknowingly walk

Time like a ribbon,ties them all
memories trapped,soft and strong
shaping ways, says and cares

Never too sure,who we might become
never too proud,of what we were;
who we are, is never set in stone.

After this , I went back to read this post which I had written about this special friend and I feel , the poem is not complete without the whole story.

Sitting at the corner table alone,
she awaits for him with a lost look
unaware of the coffee gone cold.
she flips throught a random book
pausing at a poem on some page
the one that has her attention hooked.
It talks of anger and uncontrolled rage
in matters of love , lust and sometimes hate
trapping all energy like a bird in cage.
such feelings that are often discovered late
for the world no longer seem to know
how fragile hearts never win battles with fate.
==

This is a Terza Rima for Open Link Night.

Egg and bread ,
you and me; best partners;
feeding each other

my dirty socks
stay glued to the shoes ,
both need wash

Written as a part of 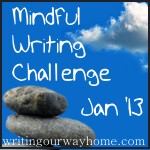 One person kills himself
A generation dies.

One day I killed a dream
the ashes still hurt my eyes.

One dream gave birth to hopes in heart
the flowers make the days easy to pass.
One flower fell in love with winds
to fly away or to die is its only dream.

One dream killed the lovely flower
the songs of love resonate the valleys since.

This form of poetry is landai– two-line folk poems from Afghanistan.the success of the poetry form is attributed to it being easy to memorize, which is really important in a culture where women are poorly schooled and forbidden to write or read. The word landai means “short, poisonous snake” in Pashto. The poems are collective — no single person writes a landai; a woman repeats one, shares one. It is hers and not hers. Although men do recite them, almost all are cast in the voices of women.

The italicized landai is taken from another article and I have written linked ones after that.

Much thanks to Kenia @ imaginary Garden for talking about Afghan women and their struggle for poetry which is in a way is reflective of their life.

Tina Nguyen  { @TinaNguyen  } has invited all to be a part of May 5 Line poetry Month on her blog and the Gogyohka junction.

So I decided to do a post on different 5 line poetry forms I could remember knowing or reading about :

Gogyohka : Gogyohka is five lines of free verse on any subject matter. There is no set syllable pattern, however the poem should be short and succinct. The goal is to compellingly capture an idea, observation, feeling, memory, or experience in just a few words.

Along this i also found a mention of Gogyoshi which also is a 5 line poem.

Fib : is an experimental Western poetry form, but based on the Fibonacci sequence (1/1/2/3/5/8) Traditionally that started with 6 -lines, now can be written in as many lines. The only restriction is to use the mentioned sequence as syllable count in each line.

Cinquain : A general term for 5 line poems with a set pattern.Either word count / syllable count of 2-4-6-8-2 is most commonly known. There is another pattern used for ease of expression : noun – 2 adjectives – 3 ing words – a phrase – synonym of noun [ this is also referred to as didactic cinquain]

More details can be found at wiki and  here

Limerick : are usually humorous, and are composed of 5 lines, in an a. a. c. c. a. rhyming pattern. In addition, the first, second and fifth lines are usually 3 anapestic feet (uu/, 2 unstressed followed by 1 stressed) each.

two excellent resources: OEDILF on Writing A Limerick and Speedy Snail’s Limerick Rhythm and Meter. as shared by Kane on her limericks blog

Tanka : is a japanese form of poetry with syllable patterns as 5-7-5-7-7 , where the care is to be taken that both the first three and the last three lines can stand on its own and make a sensible poetry. (More details here)

Lanterne : 5 – line poetry in shape of japanese lantern and having syllable count as 1-2-3-4-1 , each line able to stand on its own with or without a title. (Wiki link)

CINQKU : (As detailed here) is a fixed-form five line tanka/cinquain image poem without a title in 17 syllables,concise with a surprise or turn in lines 4/5

ABC poem  : has 5 lines that create a mood, picture, or feeling. Lines 1 through 4 are made up of words, phrases or clauses – and the first word of each line is in alphabetical order from the first word. Line 5 is one sentence, beginning with any letter.

Another version says that ABC poem can have any number of line but the restriction with that the lines start with Alphabets in order.

Other links to check:

A general view of 5-line poetry Styles with link

Some days I want just this.

Does anyone just wanna come over and we can be in the same room but doing our own thing and I'll make us tea and lunch? I can't be sociable rn but I also want company and want to make tea for someone?

The 5th person to come up for me would not like to be named in public with me !

Type “I deserve a date with” and @ the 5th person that pops up. No cheating😀